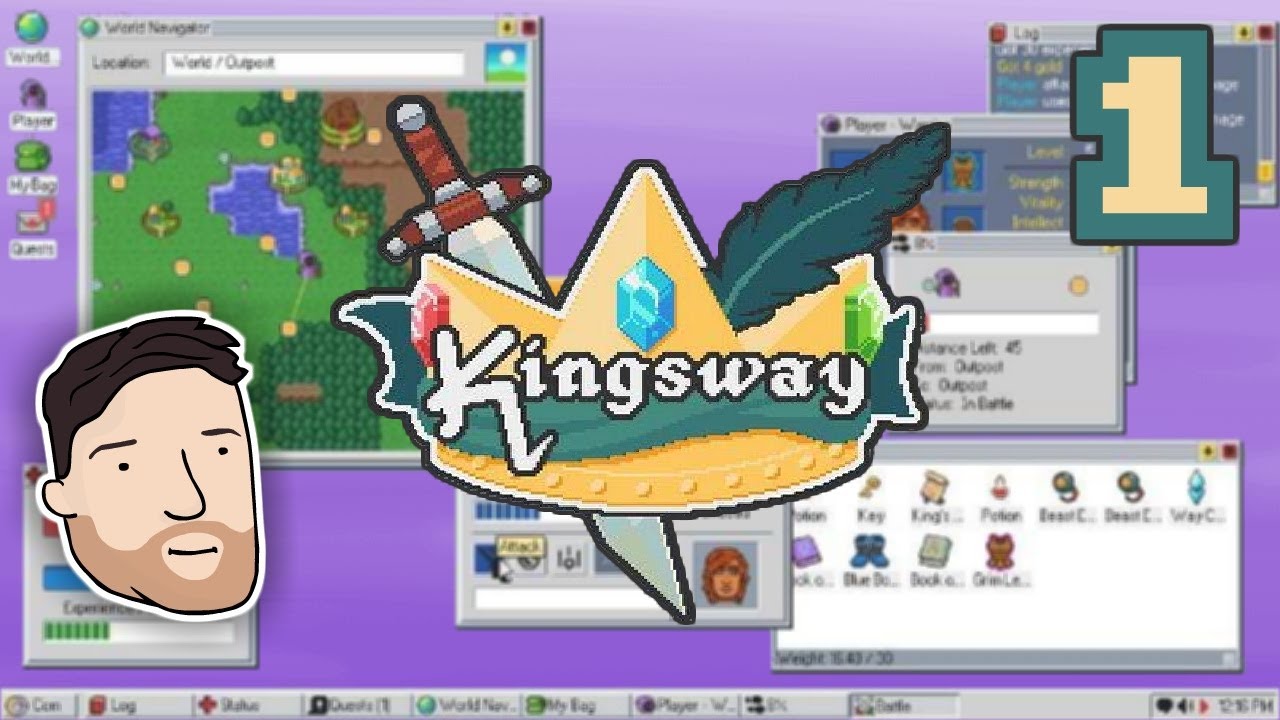 Kingsway is a roguelike game disguised in a clever OS interface. You manage your adventurer and inventory like you would a Windows computer! Kingsway gameplay reminds me of FTL, but I much prefer this game with it’s loot and leveling up elements!

Kingsway Steam description:
“Kingsway game is an RPG in which you use a mock operating system to manage your adventure. Every element of the game is a part of the operating system. Enemies and traps are popups, backpacks are the file folders where you organize your items, and quests are emails. The world of Kingsway is randomly generated every time you play, and death is permanent.”

It didn’t take long for Kingsway to really draw me in, and now I’m hooked!! Andrew Morrish teamed up with Adult Swim Games, and they really knocked it out of the park.
In this playthrough, I am playing as Oompa John, a Beastkin character. There is loads to discover, from items, guilds, tomb and more! This is only Episode 1, but I hope it will stick around for a long time!