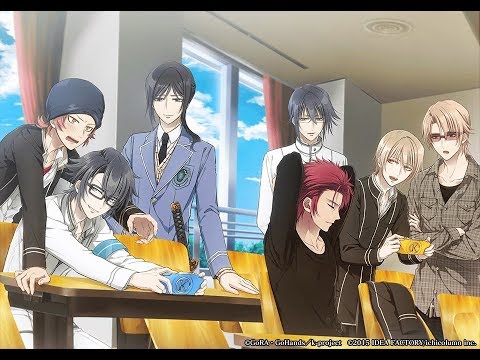 Save to choose a route.

Gakuen K is an otome visual novel based on project by GoHands and GoRa featuring an original character exlusive to the game, Konohana Saya, as the protagonist.

The protagonist was a normal high school student when her ability awoke and went on rampage.

Alienated by the power, the protagonist was forced to drop out when a letter of recommendation arrived, written by principal of the Super Ashinaka Academy; Miwa Ichigen. This enabled her to transfer to this school as an exception.

The protagonist’s heart was full of excitement when she was shown around by her kind classmate, Yukizome Kukuri, when she suddenly got dragged into the dispute between club activities.

The dispute was between two of the seven extraordinary clubs that are specialized in recruiting people with unique abilities:

For some strange reason, both club presidents’ eyes were fixed on the protagonist/each other and the protagonist was rescued by three members of the Silver Club: President Isana Yashiro and members Yatogami Kuroh and Neko.

Surrounded by characters with overflowing personalities, the curtain of the protagonist’s new school life will now open! (sc: wikia)