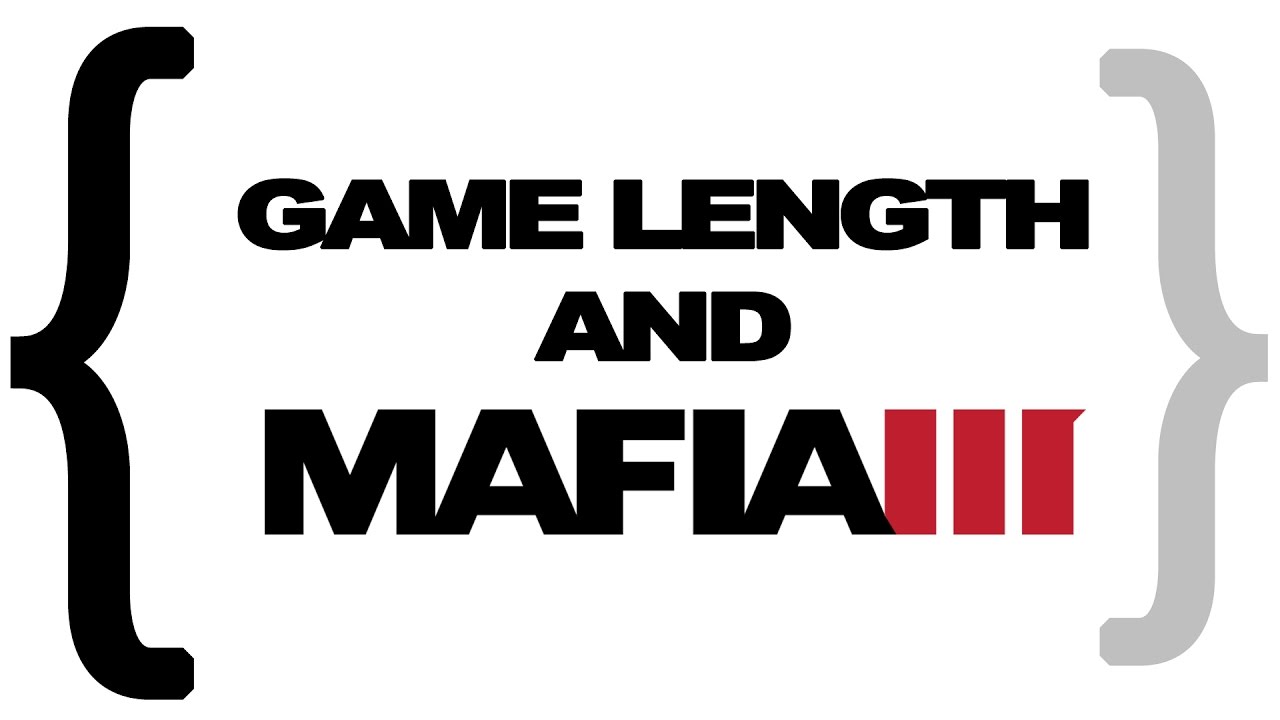 A brief lament about game length and game pacing as I try to wrap up Mafia 3 for a video about it.

I’m hoping this won’t be too contentious; I’m fully willing to concede that estimating game lengths is kind of arbitrary and hard. What does it mean, *really*, to estimate the length of a Fallout game? Are we talking a completionist playthrough? The main story line alone? The “average” playthrough? What does it mean to estimate the length of a round of TF2? Should we measure by expected session length instead of time-to-win/loss? These are all super complicated questions, but my frustration isn’t that we don’t have answers but that we’re not even really asking them. I think How Long to Beat has a good rubric to start from, but even that’s got some built in assumptions – it doesn’t work as well for multiplayer games, for example. Maybe we can talk about what it means to measure the length of a game in the comments?

It should also be noted that the slump I’m experiencing in Mafia 3 is by no means unique to the game. Shadow of Mordor had it. Mad Max had it. Heck, for people that aren’t all that interested in emergent chaos FarCry 2 had it. Lots of open world games that ask you to repeat the same behaviors over and over again as you traverse the space kind of fall into this issue; it seems to be an open world design caveat in general. And like Mafia 3, FarCry 2, Mad Max, and Shadow of Mordor were all super fun! They just… kinda sagged in the middle. It’s a pacing issue, not one of quality. Ah well, open world design thoughts for another day. I’m actually trying to figure out why Burnout Paradise doesn’t suffer from this so much, and I think it’s because you can switch between play modes dynamically? “Eh, I’m done racing, let’s do some car combat. Eh, I’m done with car combat, let’s do some exploration. Eh, I’m done with exploration, let’s do some stunt runs.” Mafia 3 doesn’t have nearly this level of flexibility – I find myself jumping between “stealth/combat” and “exploration” and that’s about it.

Regardless, expect a more general, thematic look at Mafia 3 in the not too distant future. And then something else entirely!

—-
This episode was made possible by generous support through Patreon!