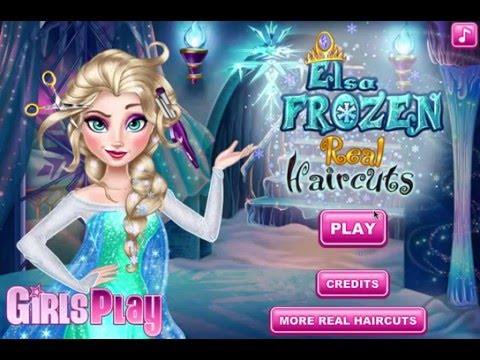 Elsa, Frozen’s brave princess that became an ice queen, needs to be unleashed from her conservative hairstyles in Elsa Frozen Real Haircuts. The kingdom is covered in eternal winter so she locked herself in a beautiful ice castle that will also serve as a hairstyling studio. You have endless options, tons of hairstyling tools, ribbons and colors to create the most courageous and novel haircut for a queen! When the extraordinary haircut is ready, you can get a wonderful dress and choose your favorite icy power to go with her new hairstyle and look!

Lots more fun dress up games and games based on the amazing Frozen film and other Disney Princesses to come.